The state of the 2016 election has changed little in recent weeks, and Clinton holds a 5-point national lead among likely voters

With less than two weeks to go until November 8th, the latest Economist/YouGov Poll finds a fairly stable race: last week Democratic nominee Hillary Clinton led GOP candidate Donald Trump by four points among all registered voters; this week, looking only at those who have already voted, or who say they are definitely or probably going to vote, Clinton remains five points ahead of GOP candidate Donald Trump.

Specifically, 46% of likely voters support Clinton, 41% Trump. Just 7% say they are still undecided, and the rest favor other candidates. Among all registered voters, Clinton’s lead remains as it was last week – four points over Trump (45% Clinton, 41% Trump in a four-way contest). 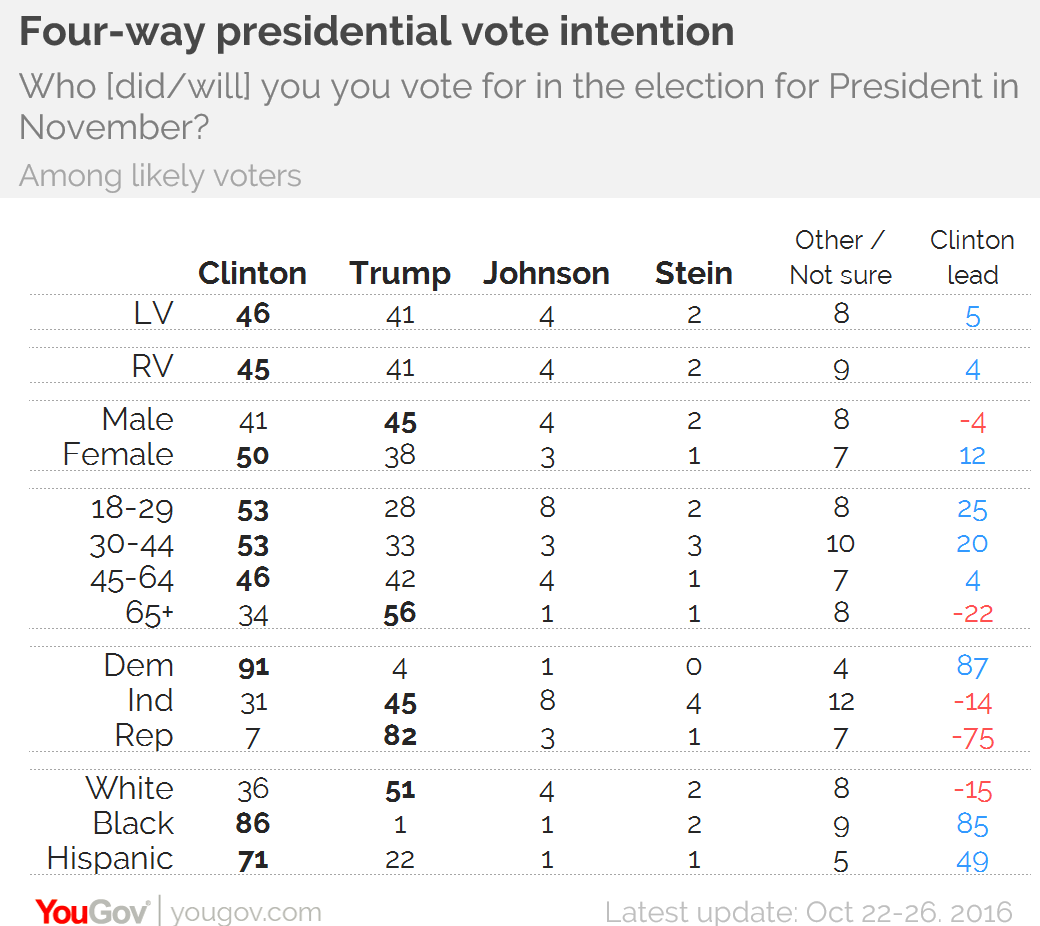 Clinton’s lead comes from her strength among women voters, who this week give the former Secretary of State a 12-point lead (Clinton trails Trump by four points with men). She has even stronger leads with African-American and Hispanic voters. More than nine in ten Democrats say they will vote for her; 82% of Republicans say they will support their own party’s nominee.

There is no enthusiasm gap: Clinton’s supporters are nearly as likely as Trump’s voters to describe themselves as enthusiastic about their choice. Reflecting what has been noted in several states with early voting possibilities, more of Clinton’s supporters than Trump voters say they have already cast their ballots.

As has been the case throughout the fall campaign, Clinton receives boosts from the public’s greater willingness to ascribe a number of presidential job-related qualities to her than to Trump: there is a difference of 16 points over Trump in the percentage of likely voters who say she has the qualifications for the job, a difference of 19 points in those who say she has the temperament for the Presidency, and a gap of 12 points on whether or not the candidate “looks” like a President. 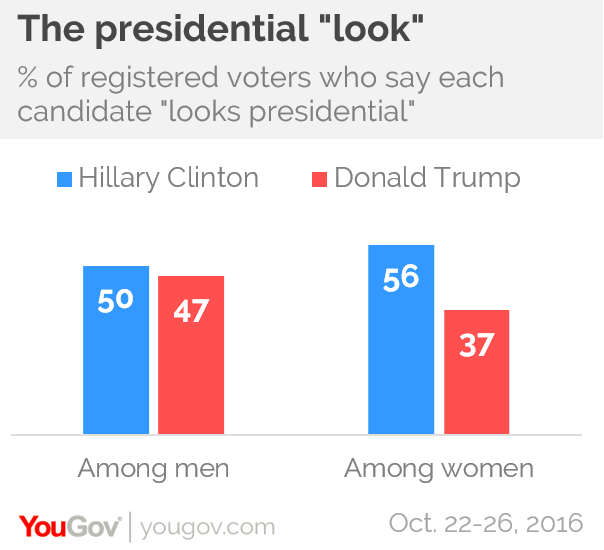 Nearly half claim the debates taught them something important about the candidates. Just about as many think the debates will affect the outcome (that’s much more the case among Clinton voters than among Trump supporters). But voters were pretty unhappy with what they saw on the stage during the last debate. Many found the lack of a handshake between the candidates, the interruptions, and specific Trump comments about Clinton and his unwillingness to say he would accept the outcome as inappropriate.

The interruptions and the lack of handshakes were disparaged by both Clinton and Trump supporters. As for Trump’s comment calling Clinton a “nasty woman,” most of his supporters found that acceptable. That was also the case with Trump’s unwillingness to say he would accept the election outcome. His “nasty woman” comment elicited extremely negative assessments from women. More than two-thirds of women said that comment was inappropriate.

Women generally doubt that Trump respects women (despite his frequent comment, repeated during the debate, that “No one has more respect for women than I do.” Just 26% of women say he does. 61% say he does not. 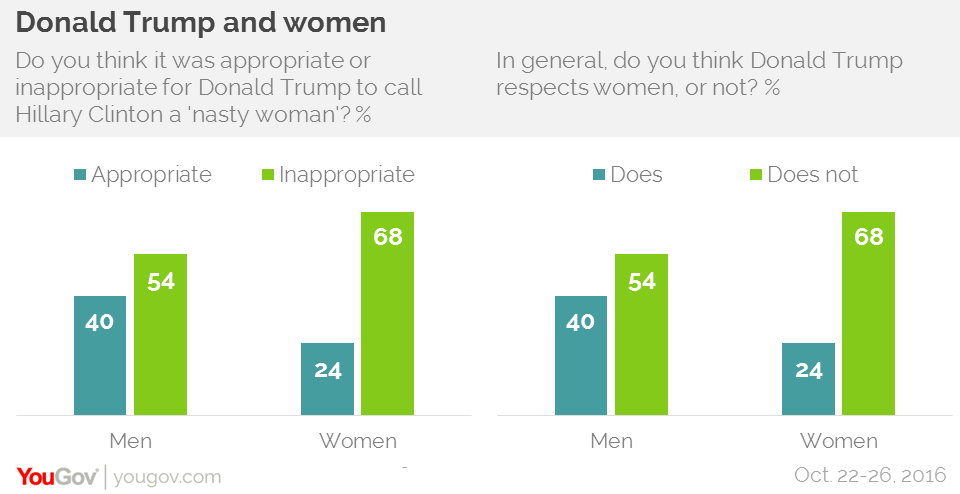 Trump’s unwillingness to say he would accept the election outcome mirrors the beliefs of his supporters, many of whom express suspicions about the process. Half of Trump’s supporters say that if Clinton won the election it would “very likely” be the result of voter fraud (30% of Clinton voters think vote fraud would be very likely the reason for a Trump win). Trump voters’ concerns about voter fraud are national – not necessarily local. Half of Trump supporters say they have little or no confidence votes will be counted accurately at the national level, but only 20% lack confidence in the counting in their own community.

In fact, most Trump voters don’t believe Russia is trying to influence the U.S election. But, like the voting public as a whole, they do agree, by 43% to 25%, that Russian President Vladimir Putin would prefer that Donald Trump win his contest with Clinton.