Many Trump supporters believe his conversion on the matter of Obama's birthplace is sincere, but few of them have changed their minds

Last Friday, Republican presidential nominee Donald Trump said “Barack Obama was born in the United States. Period.”  That statement came after many years in which Trump questioned the President’s legal status as an American citizen born in one of the 50 U.S. states. The latest Economist/YouGov Poll suggests that a significant number of Trump’s own supporters say they think the New York businessman might not have meant Friday’s statement: more than half of Trump’s own supporters either say he still thinks the President was born outside the U.S. or aren’t sure exactly what Trump believes. 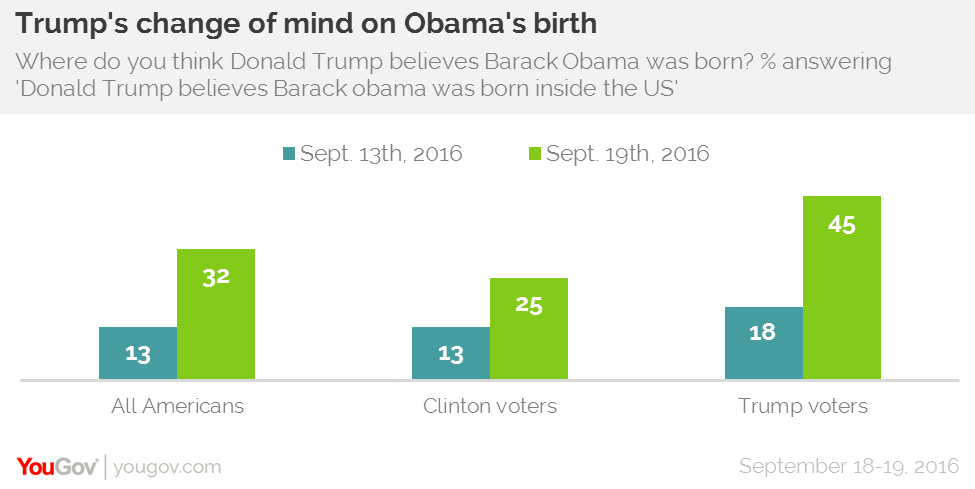 There is more skepticism among the overall public that Trump meant what he said last week, though the share that think he is no longer a birther has risen nearly 20 points.  Clinton supporters are especially dubious.  56% of them say Trump still thinks the President was born outside the United States. But that is 13 points lower than a week ago.

Did Trump’s statement change minds about Obama’s birth?  Three in four Americans, and 58% of Trump supporters now say they believe Obama was born in the U.S.  One week ago, only half of Trump’s voters said he was. 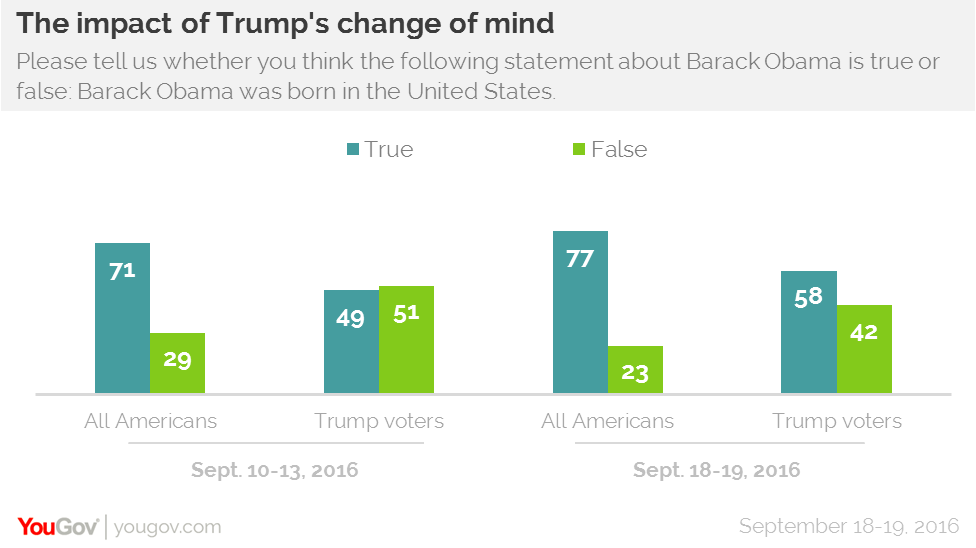 There has been much less change in a parallel question about what former Secretary of State Hillary Clinton thinks about the President’s birthplace.  Both last week and this week, majorities believed the Democratic presidential nominee accepted that the Obama was born in the United States.  Trump has claimed that Clinton started the rumor that Obama was born elsewhere, but only one in four of his voters think that she believes the President was not U.S-born.   Hardly any of her own voters think that.