Bill Clinton is more popular than Melania Trump, but Americans think going after the personal history of either political spouse is off-limits

Americans say they want to give the spouses of both major party presidential contenders a pass – that their foibles and possible misdeeds shouldn’t reflect on the candidate. 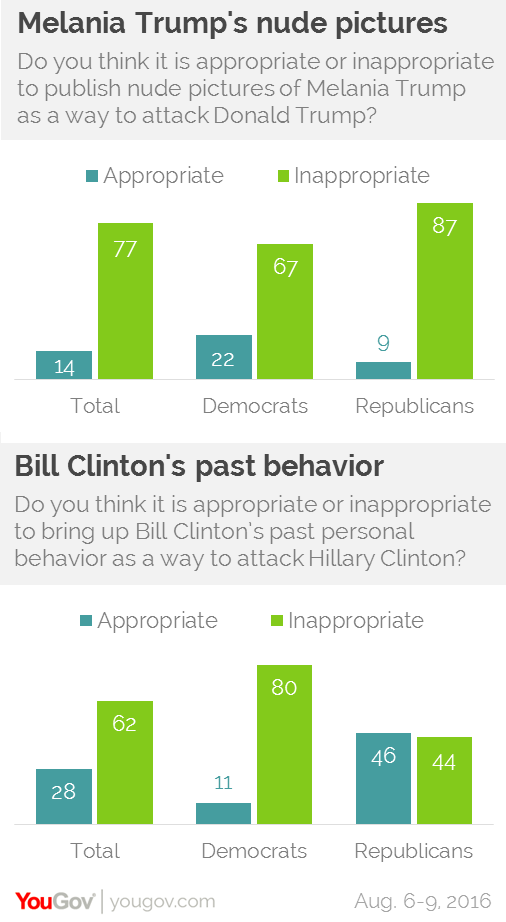 In fact, in the latest Economist/YouGov Poll, large majorities say it is inappropriate to attack Republican Donald Trump for nude photos taken of his wife Melania, or to attack Hillary Clinton for her husband’s past personal conduct.

There is some partisan division on these questions, though perhaps not as much as one might expect. Two in three Democrats say publishing nude photos of Melania Trump as a way to attack her husband was inappropriate (and a majority believes publishing those photos at all was inappropriate). Republicans are somewhat less likely to give both Clintons the benefit of doubt. Forty-four percent of Republicans believe it is appropriate to bring up former President Bill Clinton’s personal behavior as a way to attack his wife Hillary, the candidate, though just as many Republicans say the opposite.

Bill Clinton left the White House in January, 2001, with a 66% Gallup Poll approval rating, a higher approval rating than any other modern President received at the end of his term. But two months ago, just days before FBI Director James Comey announced he would not seek any criminal charges against Hillary Clinton for using a private email server while she was Secretary of State, the former President had a private conversation with Attorney General Loretta Lynch. 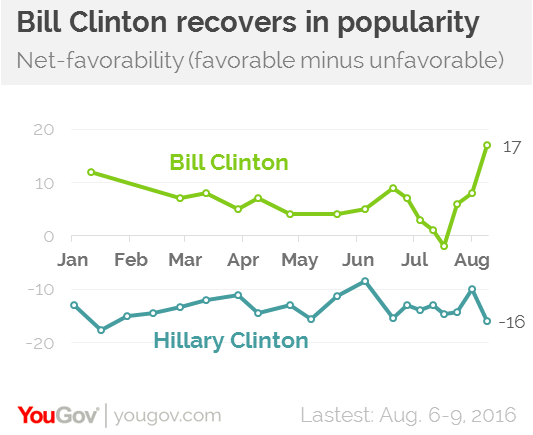 He was criticized for this, and his unfavorable ratings in Economist/YouGov Polls conducted soon afterwards rose. In mid-July, just about as many people had an unfavorable opinion of Bill Clinton as were favorable.  Now his ratings are clearly positive and, like ratings for most candidate spouses, better than those for his wife, the candidate.

Melania Trump also scores better than her husband Donald. But opinions about her are divided. She did not make gains following the Republican National Convention, when she was accused of plagiarizing from a speech given by First Lady Michelle Obama in 2008. Immediately afterwards, most Republicans said that charge didn’t bother them, most Democrats said it did. Now Americans are closely divided in their assessment of the prospective First Lady, with partisanship making a big difference in their opinions. 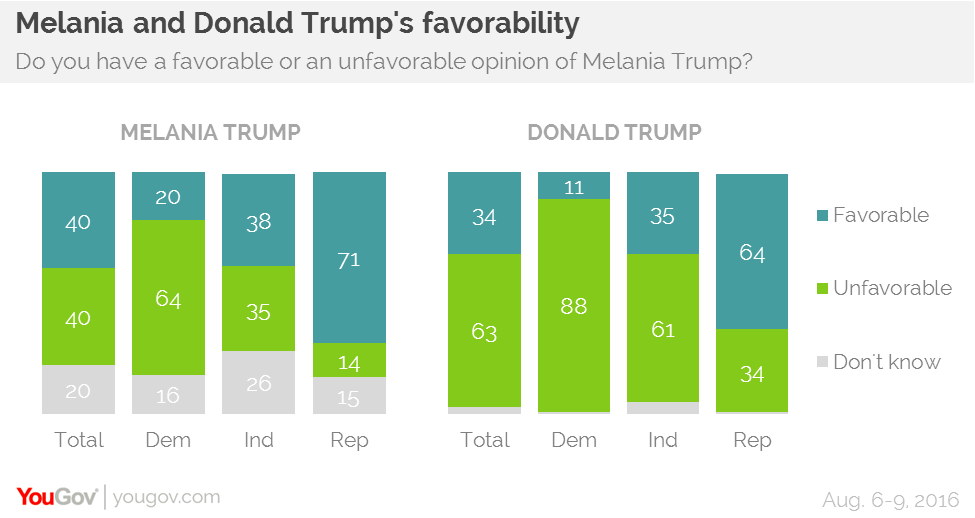 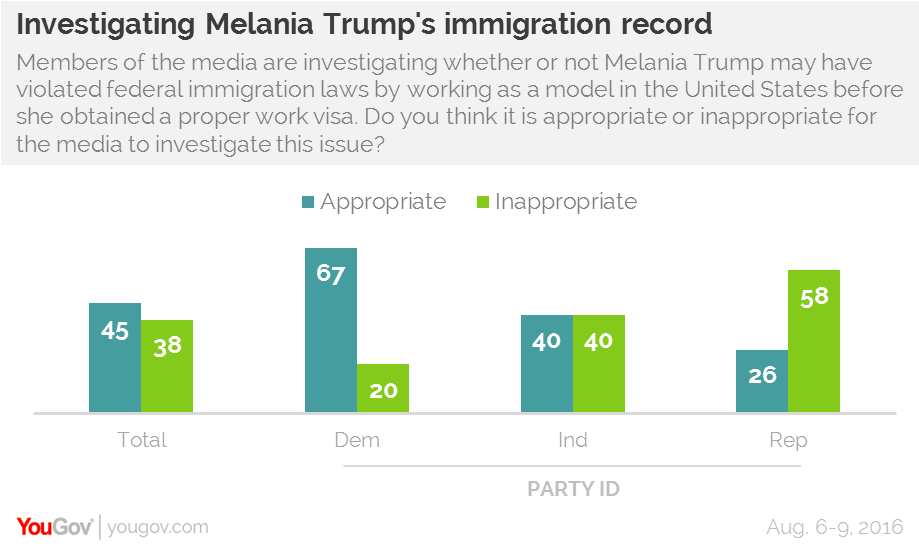 Opinions about current First Lady Michelle Obama are mostly positive (though Republicans are twice as likely to hold negative opinions of her as they are to have positive ones). As is the case with the two spouses of those running for President this year, favorable opinions of Michelle Obama her outpace positive ones of her husband the President, though assessments of Barack Obama have risen lately.