Over the next two weeks, Donald Trump and Hillary Clinton will be making a case to American voters in support of their candidacy at their respective party’s national convention. Clearly, the choice of a vice presidential running mate may be the most important decision each nominee makes, but the two presumptive nominees also have an opportunity to deal with some other problems they face – problems noted in the latest Economist/YouGov Poll.

His expected vice presidential nominee, Indiana Governor, Mike Pence, is barely known to Americans.  But the convention can help Trump in other ways. 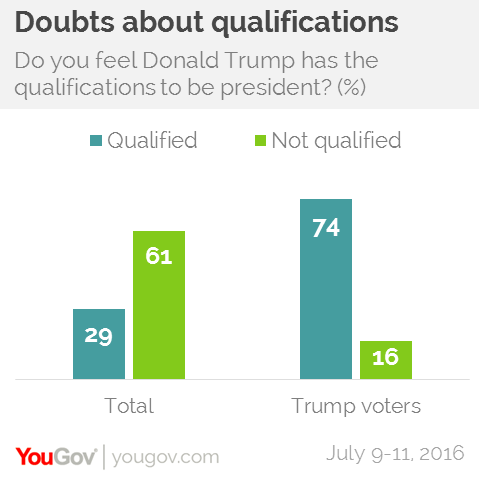 The convention will give Trump the chance to show off his management skills, something that most Americans don’t think he has done so far, at least when it comes to his campaign. In last week’s poll, by 55% to 29%, Americans believed his campaign was poorly-managed.

Trump’s personal campaign activity of tweeting and re-tweeting as much as he does is not necessarily as big a problem. Tweeting by politicians gets a split decision from the public, both from Republicans Democrats. Trump’s own voters think it’s appropriate for politicians to tweet, but only by the narrow margin of 42% to 36%.  On this divide, age matters more than party.  Younger adults view tweeting as appropriate for politicians, older adults do not.

As for honesty, neither candidate has an advantage. Trump scores the same as Clinton in this week’s poll.  Only about one in four think each candidate is honest and trustworthy.

The convention is also an opportunity for the Trump campaign to show off the GOP.  63% of registered voters say they will watch at least some of the convention, though some of those claim they will only watch Trump’s acceptance speech.  More than will watch are worried that there could be violence.  Trump voters are just as worried. 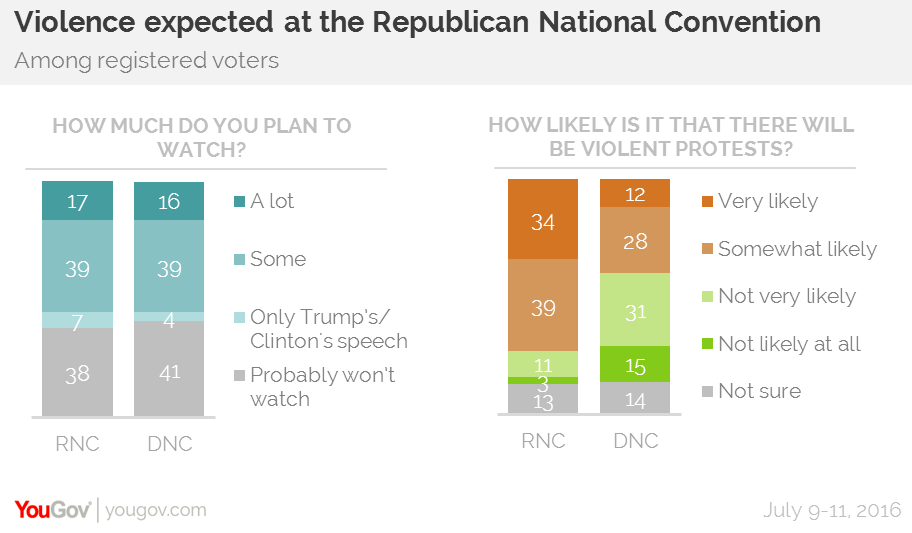 Nearly as many registered voters say they will watch at least part of the Democratic Convention. There is less worry about violent protests there.

As of now, Americans don’t really like the Republican Party.  59% have an unfavorable view of it, more than are negative towards the Democratic Party.

Clinton will have to deal with a different set of problems the following week at her nominating convention.

First of all, Clinton has yet to convince those who favored Vermont Senator for the Democratic nomination that they should, as Sanders said this week, vote for Clinton in November.  This group seems to have been especially affected by the tongue-lashing Clinton received from FBI Director James Comey about using a private email server while she was Secretary of State.  Last week, before Comey’s statement that the FBI would not pursue criminal charges although Clinton’s behavior was “extremely careless,” a majority of Democratic primary voters who favored Sanders said they would vote for Clinton.  Though that figure was low (only 53%), it was even lower in the poll conducted after Comey’s statement.  This week, only 41% of Sanders voters said they would vote for Clinton, a drop of 12 points. 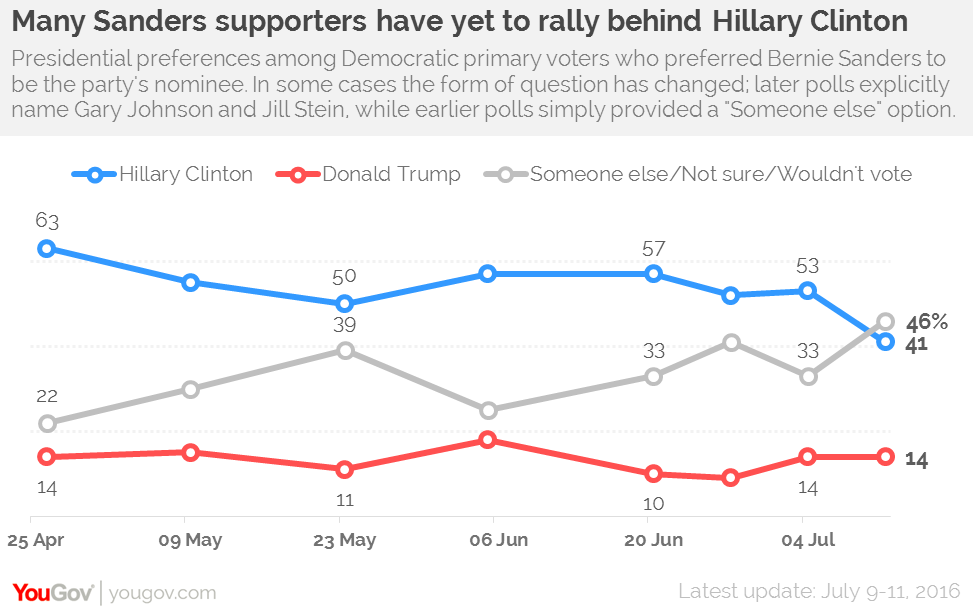 Clinton’s use of a private email server remains a concern to many.   Just over half the public – and 30% of Democrats – think her use of a personal email for government business was illegal.  40% of Democrats think she did “something wrong.”  Americans general look at this as something serious, and Clinton must hope her convention in two weeks can erase many of those concerns. 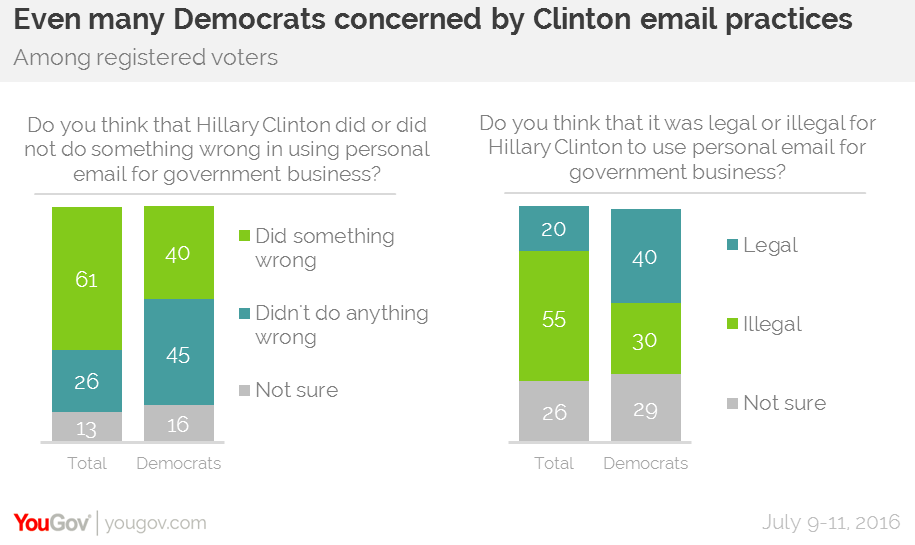