In the aftermath of George W. Bush's re-election in 2004, the Canadian government said that the number of Americans searching information on Canadian immigration laws increased nearly sixfold. Since then the threat of 'moving to Canada' has become a widespread joke, but even if they didn't leave for political reasons many Americans have actually packed up and left the country. The State Department estimates that 8.7 million Americans, not including those who are stationed with the military, live abroad.

Research from YouGov shows that Donald Trump (27%) and Hillary Clinton (24%) are the candidates most likely to make Americans say that they would consider leaving the country. John Kasich is the least offensive candidate, with only 12% of Americans saying they'd consider emigration should he become President. Bernie Sanders (18%) and Ted Cruz (20%) fall in the middle. 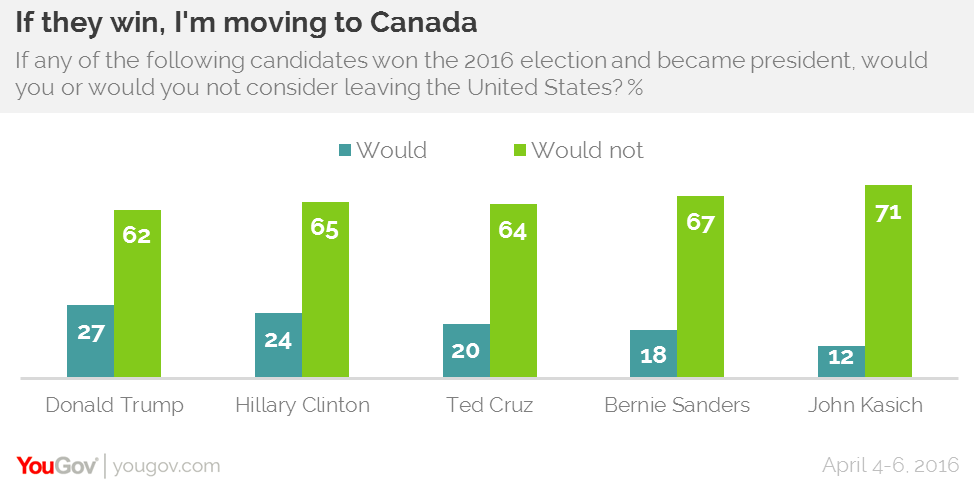 Opinions are strongest about Donald Trump and Hillary Clinton. The highest figure any candidate gets is Donald Trump, as 40% of Democrats say that they would consider emigration should he win. For Hillary Clinton 26% of Republicans (and 31% of independents) say that her victory would have them considering leaving, too. 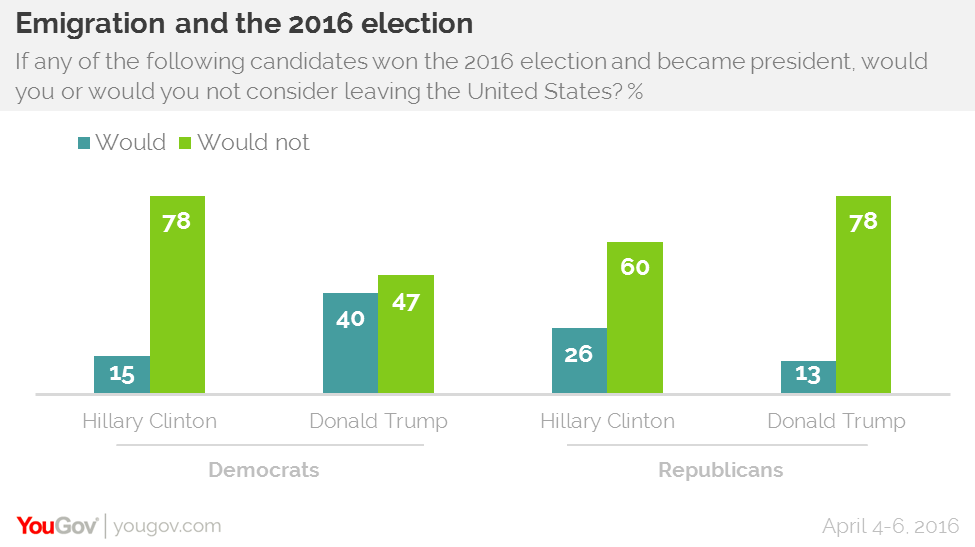