GOP frontrunner Donald Trump continues to collect wins and convention delegates.  As he does, more negative attacks from his opponents are reflected in the opinions expressed by rank-and-file Republicans and independents who lean towards the Republican Party – but don’t support Trump.  In a special Congressional Quarterly/Economist/YouGov survey, those voters are unfavorable towards the New York businessman.  However, even among that group there is no groundswell of support for a brokered convention – and GOP Speaker of the House Paul Ryan, mentioned as a possible compromise candidate, is by no means seen as the party’s savior.

Ryan is liked by Republicans, but then so is every one of the remaining candidates.  Similar majorities have favorable views of Ryan, Trump, Texas Senator Ted Cruz, Florida Senator Marco Rubio and Ohio Governor John Kasich.  Kasich and Ryan are less well-known than the other three.  Cruz is especially popular among those who describe themselves as “very conservative,” 78% of whom have a favorable opinion of him.   Trump is liked by similar margins by those who are “very conservative,” and those who are not conservative at all. He does best with those 65 and older.

Ryan’s favorable ratings among Republicans dropped after he became Speaker of the House, but he still is far more popular than his predecessor John Boehner was in the last few years of the former Speaker’s term.

There is some support for a new candidate, besides the four who remain in the race: 35% say they wish someone else were running.  But that “someone else” doesn’t necessarily include Paul Ryan.  Fewer than one in five Republicans and republican-leaning independents think Paul Ryan should have run for President. 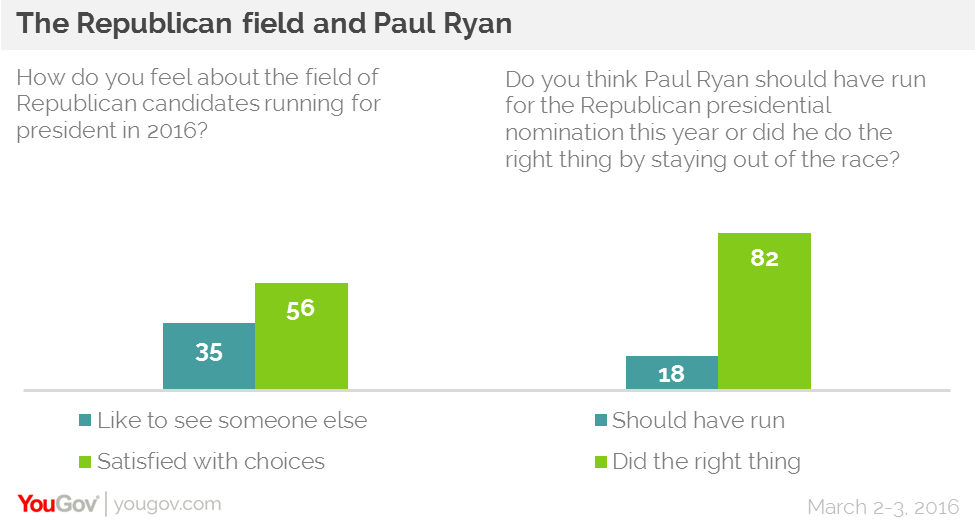 Support for “someone else” is especially high among those voters not supporting Donald Trump.  Nearly half of them (46%) wish someone else would join the race, but only 30% in that group think that Paul Ryan should have done that. 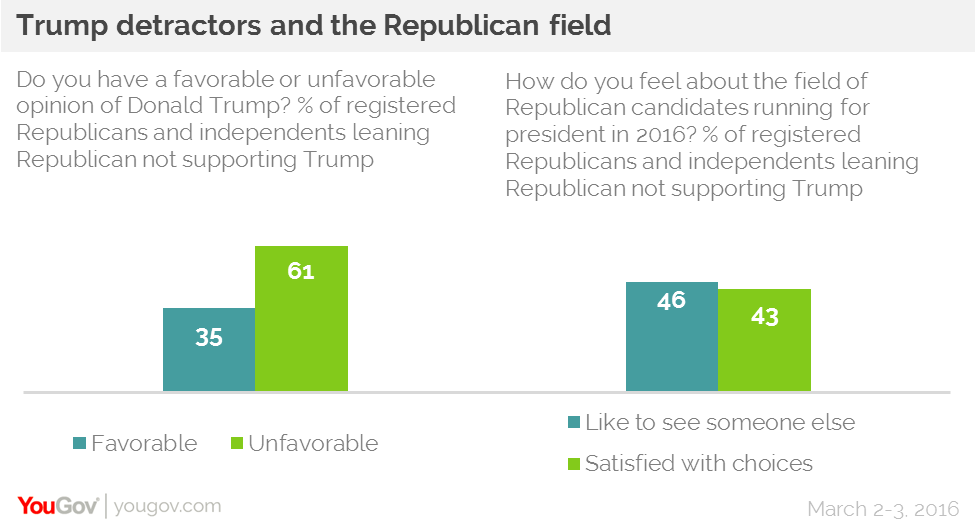 The non-Trump supporters, still a majority of the potential Republican electorate, expect that their party will in fact nominate Trump at the convention.  They don’t like Trump:  only 35% of those currently not supporting Trump have a favorable view of him, and nearly twice as many are unfavorable.  But even those who prefer another candidate think that, if no candidate arrives at the GOP convention with enough delegates to clinch the nomination, the convention should choose from among those currently running. 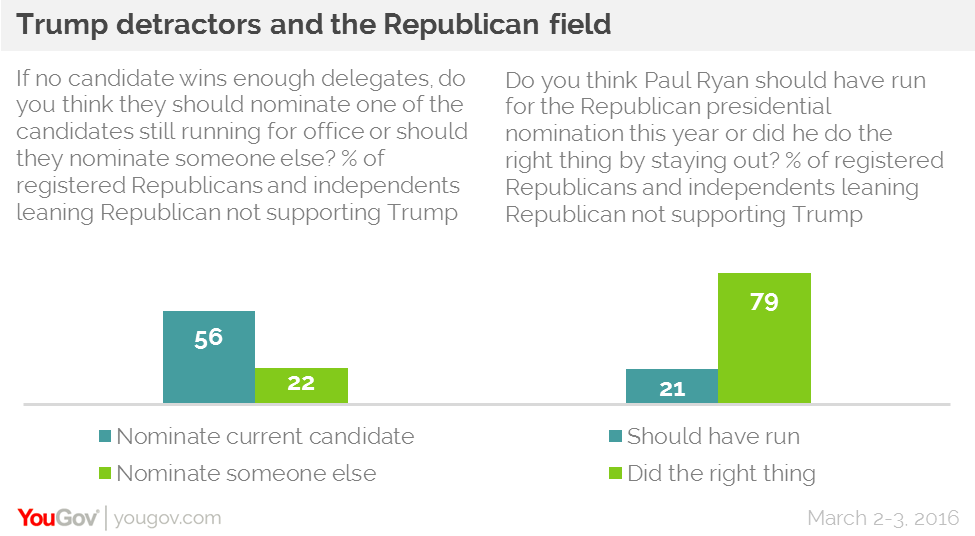 But if it came down to a brokered convention (something most of these voters don’t want), there would be a divide about making Ryan the party’s nominee.  Nearly as many say Ryan would not be acceptable inn that circumstance as say he would be.  And Ryan’s biggest opponents are current Trump supporters and the most conservative voters. 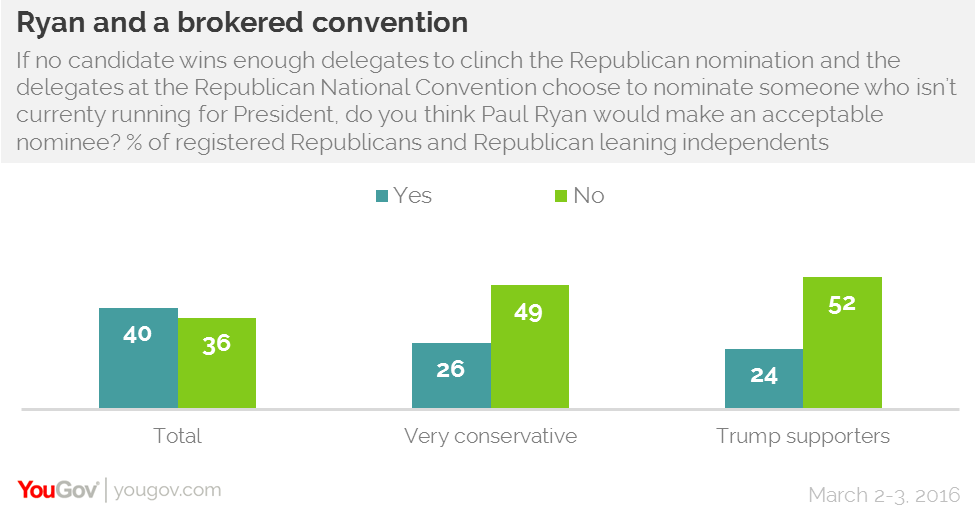