While two-thirds of Trump voters expect to be better off in four years, only two-fifths of the public as a whole agree

Although the public overall remains divided in its expectations for Donald Trump’s Presidency (just as it was divided in the election), those who voted for Trump in November remain committed to him and have high hopes for what he will be able to accomplish during his Presidency.  In the latest Economist/YouGov Poll, three in four Trump voters believe the country will be better off in four years, and nearly two-thirds expect they personally will be better off by the end of his four-year term. 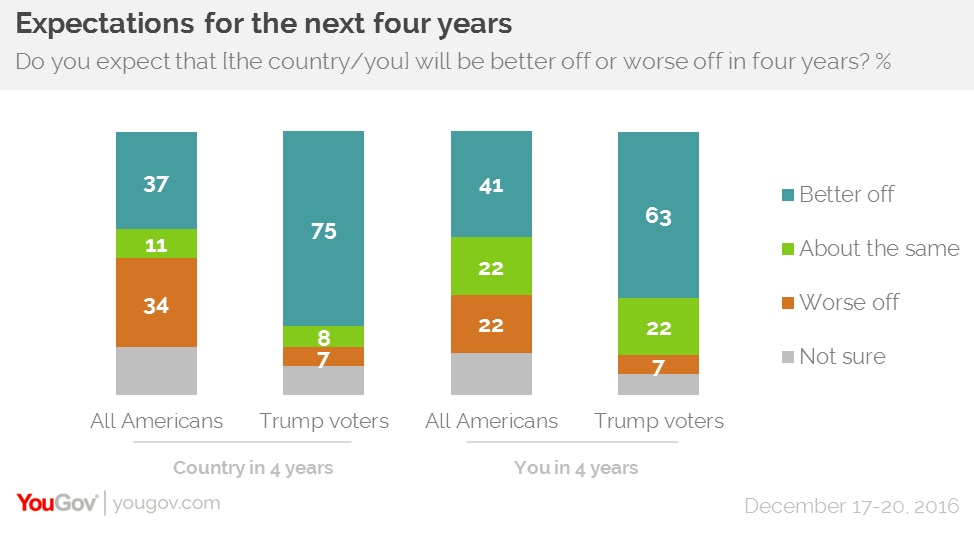 When Trump voters look back before the Obama Presidency, six in ten see it as a time when the country was better off (nearly half say they were personally better off in 2008 as well).  When they look ahead, they are optimistic and like the President-elect’s Cabinet appointments.  While many in the public are skeptical that Trump’s Cabinet appointments reflect too much attention to the needs of the rich and too little to the needs of people like themselves, Trump’s voters overwhelmingly see him as paying the right amount of attention to all groups. 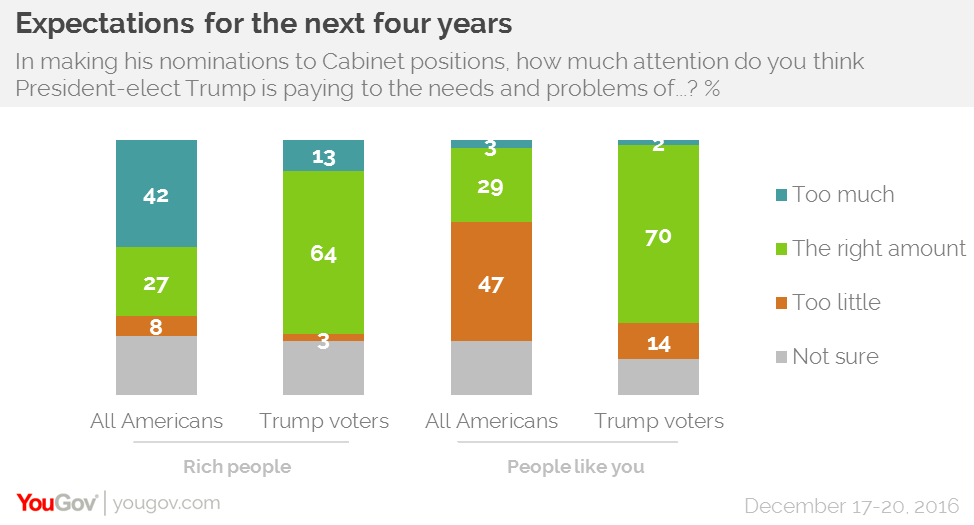 There are two Trump campaign promises that voters on both sides of this divided electorate expect the new President will probably keep: cutting taxes and repealing Obamacare. The latter action would change a program that few Trump supporters see as having benefited them, but many Clinton voters worry about losing.  71% of Clinton voters think the number of uninsured Americans would increase if the Affordable Care Act were repealed, more than three times the percentage of Trump voters who think that would happen. 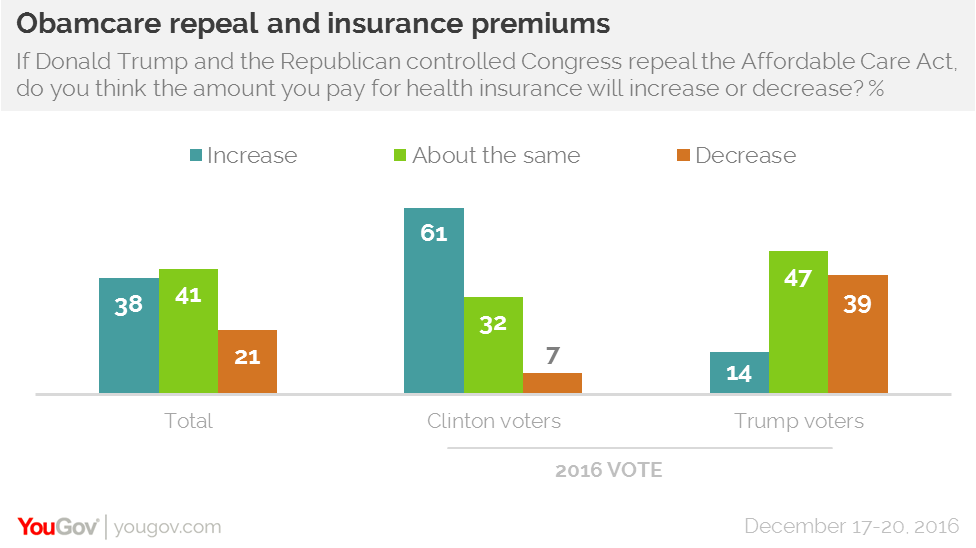 As for themselves personally, nearly half of Clinton voters now covered by health insurance are worried they could lose their coverage after repeal, something that bothers fewer than one in ten Trump voters. One reason for this difference is that because on average Trump voters are older than Clinton voters, so more are insured through Medicare. Many Clinton voters expect their premiums would rise after a repeal, and the quality of their care would decrease.  Those are not worries for Trump voters. 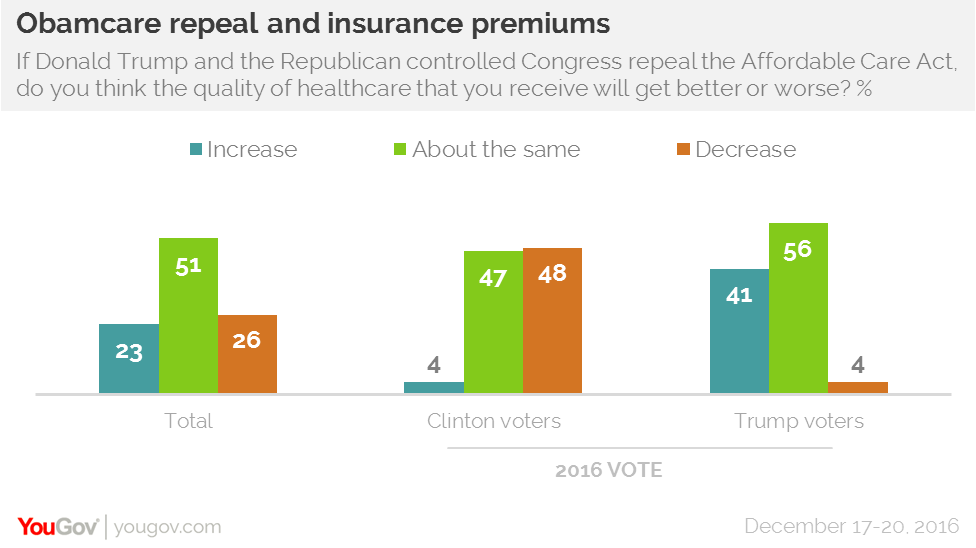 However, there is agreement that the Trump business interests will matter when the incoming Administration makes decisions.  Seven in ten adults believe they will affect the decisions he makes at least somewhat, and even a majority of Trump’s voters agree (though they overwhelmingly believe Trump will put the interests of the country ahead of his own personal interests).  Most of the public expect the President-elect to use the Presidency to enrich his family and friends, though most Trump voters disagree.

Trump voters do have some differences with their candidate.  They are more negative towards Russia than they believe their candidate is.  And while they are not convinced that climate change has a human cause (something 62% of the public overall accepts), they are still more likely to say that than believe that is what the President-elect thinks.  Fewer than one in four Trump voters (and about the same percentage of the public overall) say he accepts a human role in climate change.