Credit it to the recognition of an improving economy (or maybe not, since less than a third think they are better off today than they were eight years ago).

Or maybe it’s just that when Americans make comparisons between the current President and those who would like to succeed him, Barack Obama just looks better than before. In this week’s Economist/YouGov Poll, 53% of Americans approve of the way President Obama is handling his job, equaling the mark he set in early January 2013, shortly before he was inaugurated for his second term as President. 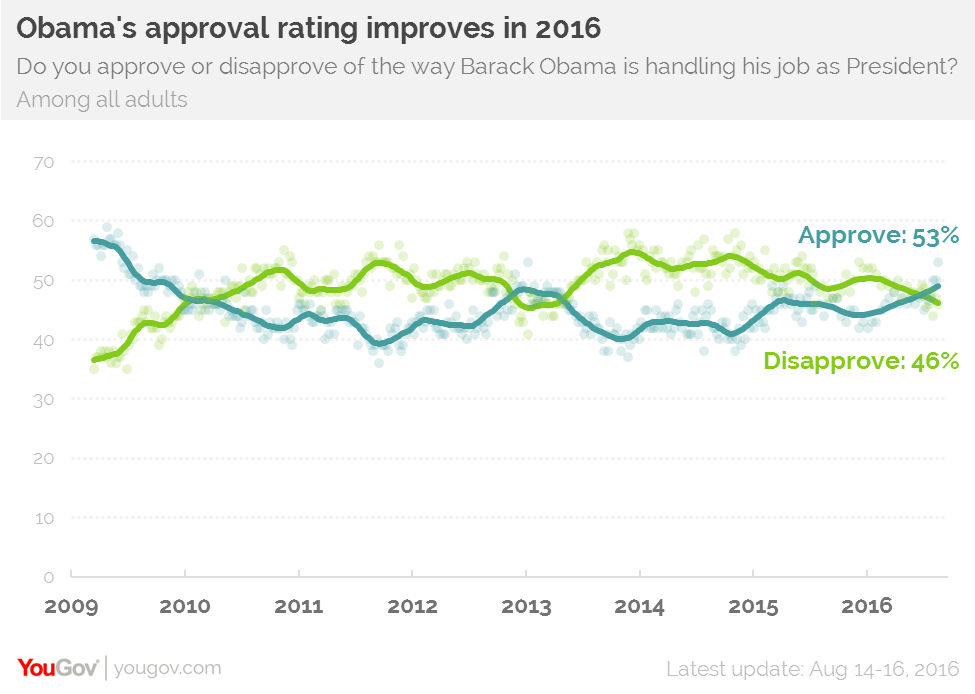 The President’s approval rating was higher than it is today in the Economist/YouGov Poll only during his first year in office – the brief period of his Presidential honeymoon.

Much has been made of the fact that majorities don’t like each of the two major party nominees (though fewer than one in five dislike both). In contrast this week, a majority says it likes President Obama. 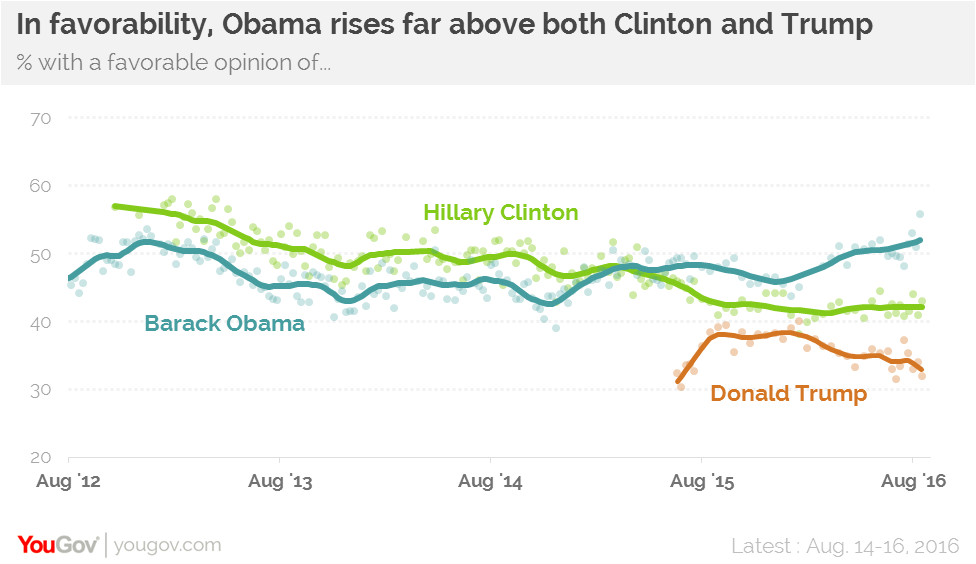 Candidate favorable ratings are often partisan: Democrats have favorable ratings of both Clinton and Obama, and most Republicans like Trump (although nearly one in three do not). Among independents, the contrast between the President and the two nominees is especially stark. About two in three independents view Clinton and Trump unfavorably, but a majority have a positive view of the President. 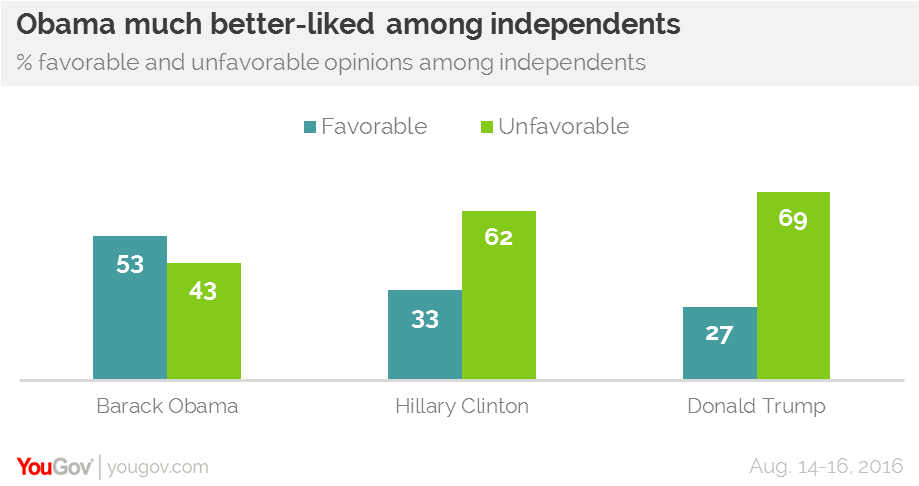 The President comes close to receiving majority approval on several issues this week, but he doesn’t quite get there on any. This week, 47% approve his handling of the economy, 48% his work on health care.  The President also fares about as well on his handling of Medicare, the environment and education.

Hillary Clinton certainly gets a boost from the rising Obama approval rating. Nine in ten of those who strongly approve of the President’s handling of his job say they will support her in November, as do two-thirds of those who approve less strongly.

But Donald Trump doesn’t do quite as well with those who don’t approve of the President. 77% of registered voters who strongly disapprove of the President’s performance say they will vote for the Republican, but only one in four of those who disapprove less strongly say they will vote for Trump. Libertarian Gary Johnson fares nearly as well with this group, and one in three remain undecided. 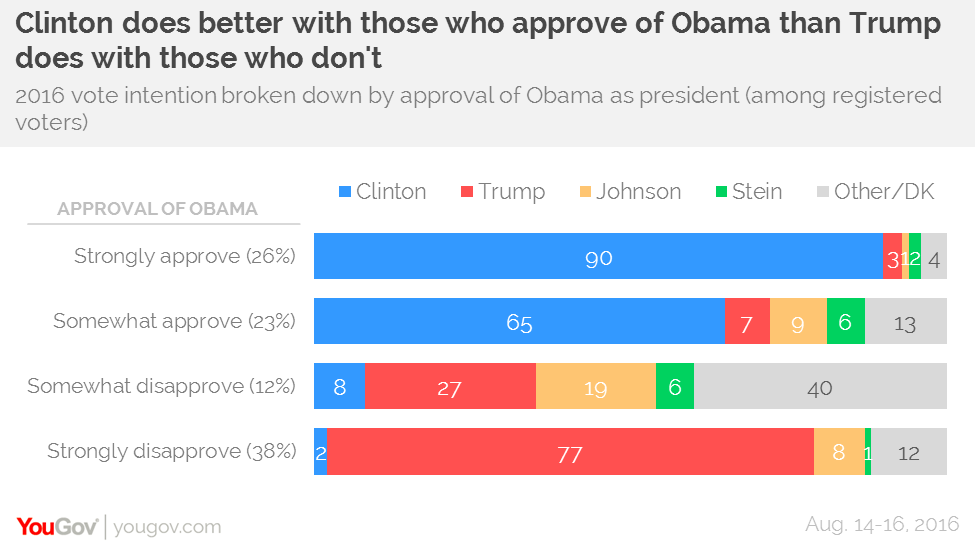