Donald Trump continues to hold a strong lead over his remaining rivals among Republican primary voters, and for the first time in the Economist/YouGov Poll has become the choice of a majority of Republican voters.  But what may be more important to the Trump campaign is that those voters who choose him express more intense support than those who choose the other two remaining GOP candidates, Texas Senator Ted Cruz and Ohio Governor John Kasich. 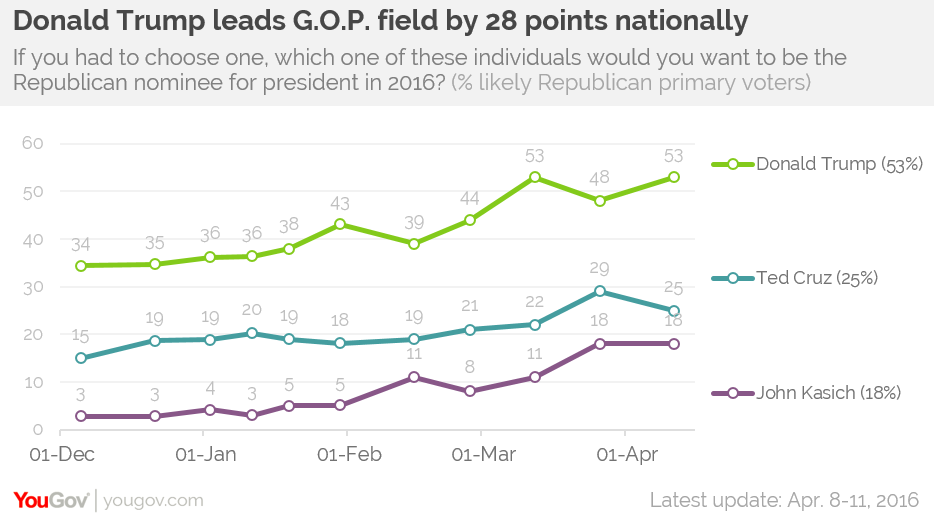 Trump supporters also are much more likely to say they are strong supporters of their candidate.  Six in ten describe themselves that way, compared with only 39% of the Cruz and Kasich supporters, 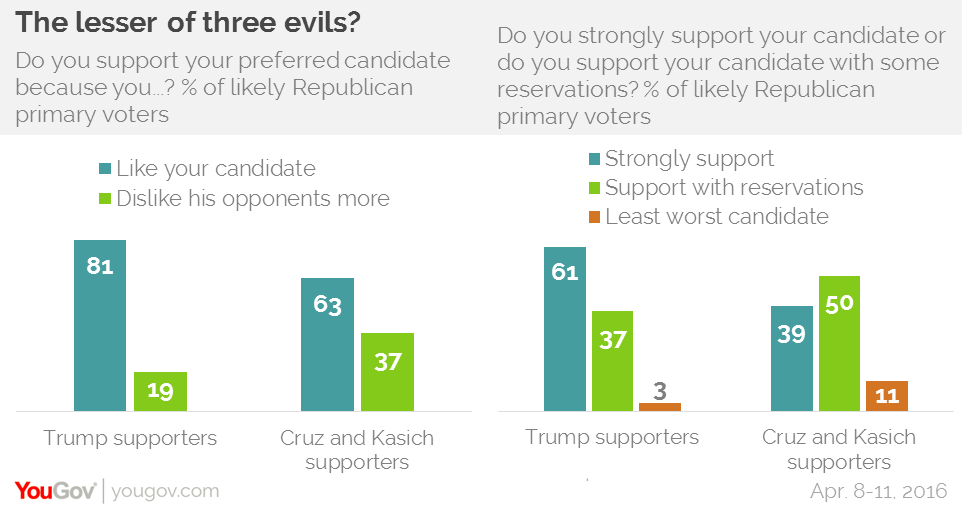 Unlike the pattern in the Democratic contest, where gender, age and race play a role in candidate support, on the GOP side, it is education and Tea Party support that appear to matter most in this poll. A majority of Republican primary voters who do not have a college degree support Trump; a majority of those with a college degree do not.  And nearly two-thirds of the minority of Republican primary voters who think of themselves as members of the Tea Party say they want Trump to be their party’s nominee. 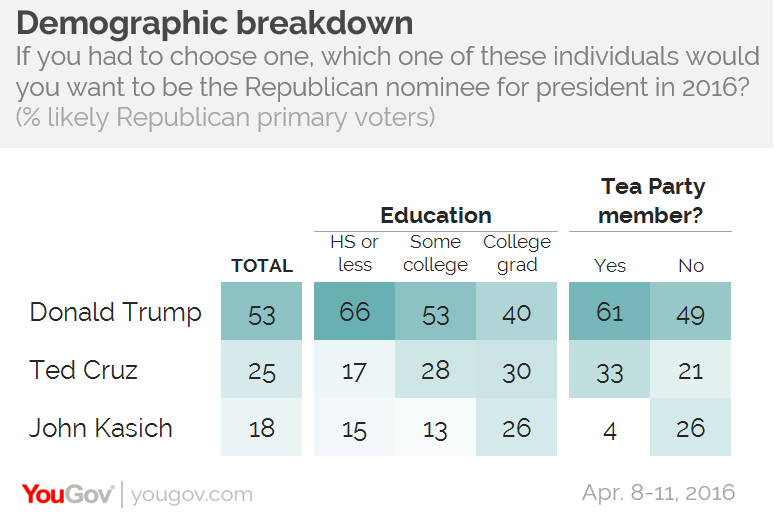 There are indications that the intense support for Trump could lead to real problems at the Republican National Convention, since it is becoming increasingly difficult for Trump to garner enough pledged delegates in the remaining state contests to have a majority on the first convention ballot.  But as of now most Republicans expect Trump to become the nominee.  60% think he will win the nomination, and more than three in four think he can win the general election.  Nearly as many say he is the single candidate with the best chance of winning.

But Trump’s supporters feel differently from most Republicans when it comes to their opinions about two prominent voices generally popular with Republicans.  Speaker of the House Paul Ryan gets a favorable assessment from just about half of Republican primary voters (Ryan’s GOP support dropped shortly after he began his term as Speaker).  But Trump supporters dislike him.  And when it comes to Fox News anchor Megyn Kelly, who engaged in a memorable set of questions with Trump during the first GOP debate, Republicans appear to have soured on her.  But that is almost entirely due to the overwhelmingly negative rating Trump voters give her.   Supporters of the other remaining GOP candidates like both Ryan and Kelly. 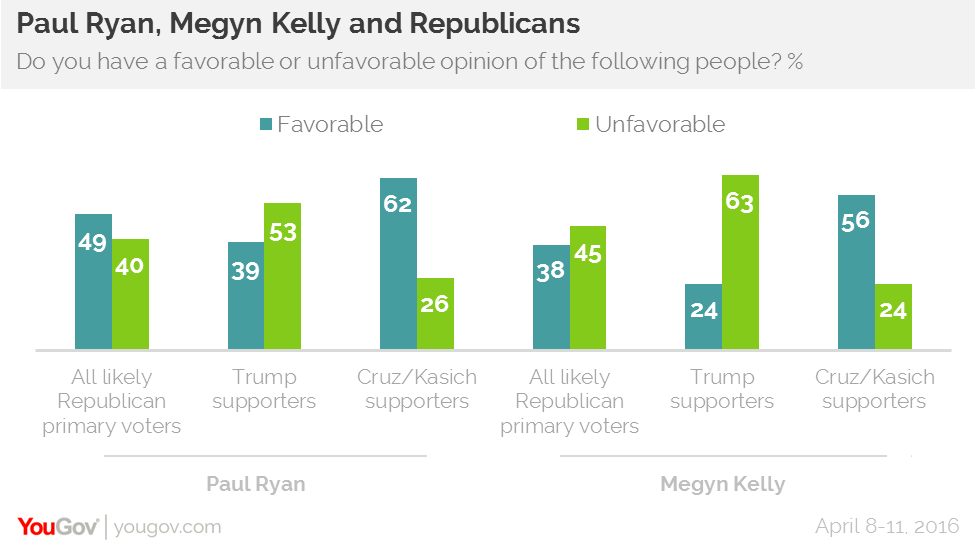 This poll was conducted before this week’s private meeting between Trump and Kelly, and can’t measure whether opinions have since changed.