The latest wave of the YouGov/CBS News Battleground Tracker also finds Trump leading Cruz and Kasich in Pennsylvania, where Republicans vote on April 26

The YouGov/CBS News 2016 Battleground Tracker is based on surveys of registered voters in Wisconsin (which votes on April 5), New York (April 19) and Pennsylvania (April 26). In Pennsylvania, only Republican voters were contacted for this wave. The poll was conducted online but included registered voters who were contacted by phone. See a more detailed description of the methodology used here. 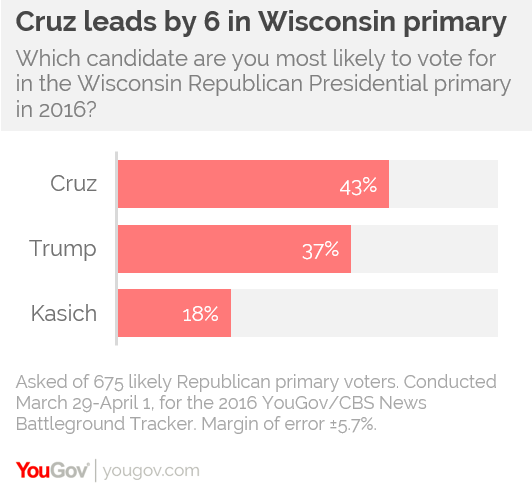 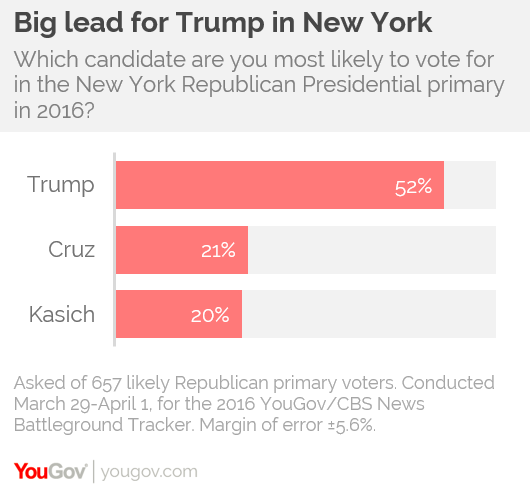 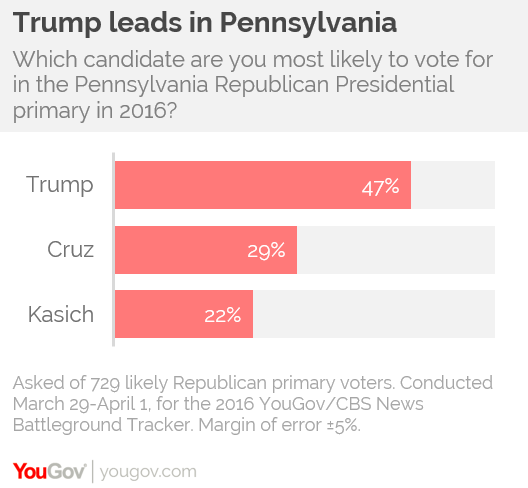 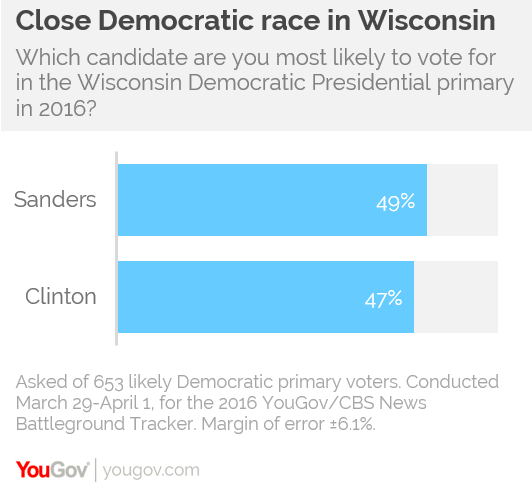 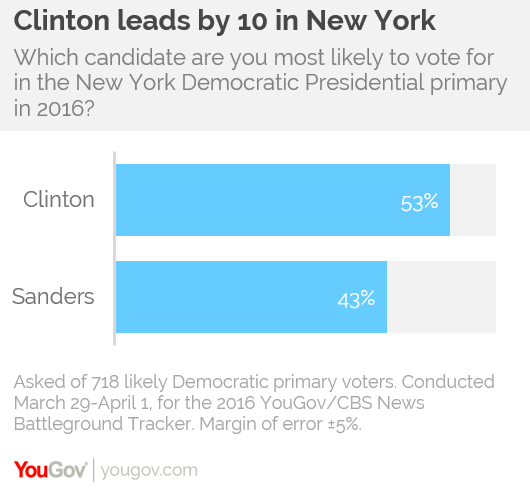